There are a few recipes or technique I think every baker should know. Among them are a simple vanilla cake recipe, basic buttercream, and now, meringue. 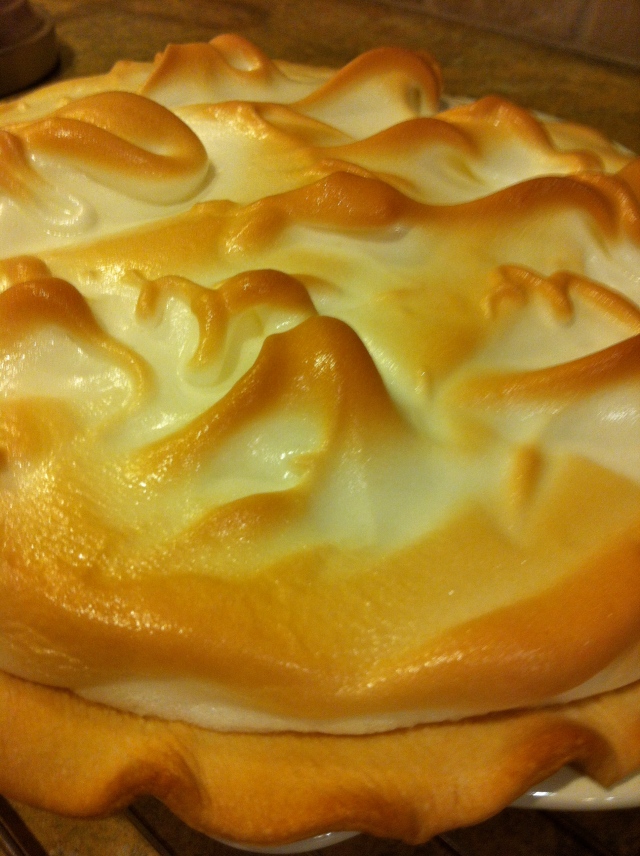 What is meringue?  Essentially, egg whites mixed with cream of tartar and a little sugar, then whipped into submission.  What is cream of tartar?  It’s a white powder (technically, it’s potassium bitartrate) that helps to stabilize the egg whites and increase their volume.  Basically, it makes the egg whites get their act together and whip up to make a stiff meringue.

Many people are intimidated by making a meringue.  Yes, there are many, many things that can go wrong and make for an extremely frustrated baker….and an ugly dessert. But no worries, I’m here to give you pointers on how to get it right.

First, a recipe.   Then, keep reading for a few tips!

First, start with a super clean bowl.  You don’t want anything to interfere with the egg whites whipping up.  They’re pretty finicky. 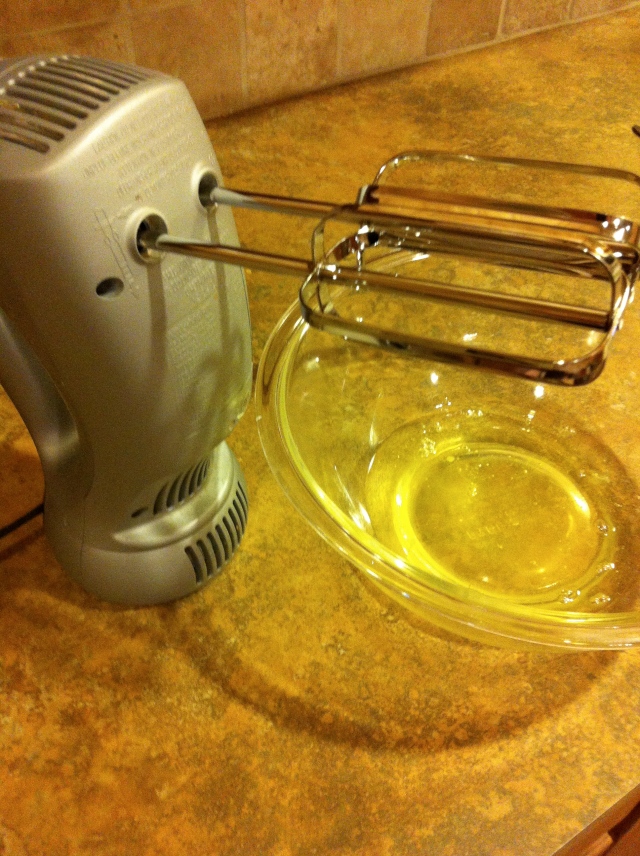 Place egg whites in the bowl and begin to whip a low to medium speed until frothy.

When frothy, sprinkle in the cream of tartar and the salt.  Continue whipping at medium to high speed until soft peaks form.  They look like this: 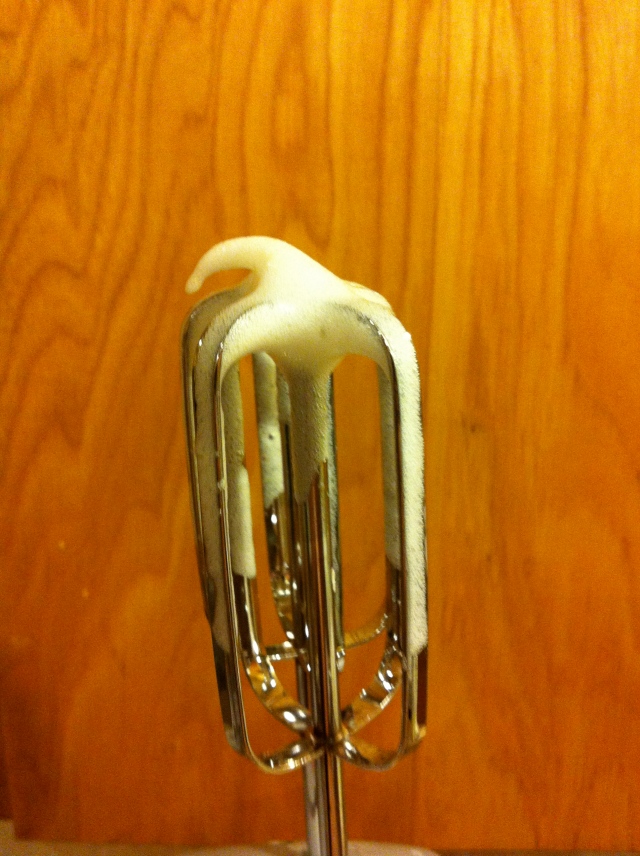 Once you get soft peaks, slowly add in the sugar while continuing to whip at medium to high speed.  Whip just until firm peaks form.  Don’t over whip!!! The egg whites will start to deflate if you do.  Stop when it looks like this: 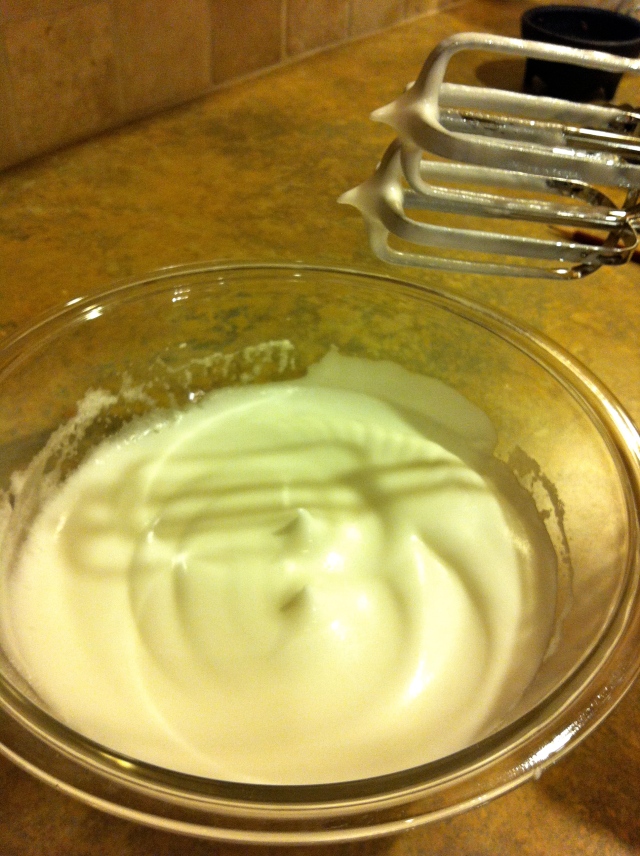 Finally, spread the meringue on your pie and seal all around the edges.  Make a pretty design by moving and lifting the spatula all around the top so peaks/waves form.  (Very technical, I know <sarcasm> but I’m not sure how to describe this step. Just make a funky little pattern on top if you like a little more visual interest to your pie)

Bake 12-15 minutes at 350 F or until meringue just begins to brown.  Let it cool completely after removing from oven.

You can also make meringue cookies or a meringue shell for berries…but more on that some other time.

What are your thoughts? Cancel reply